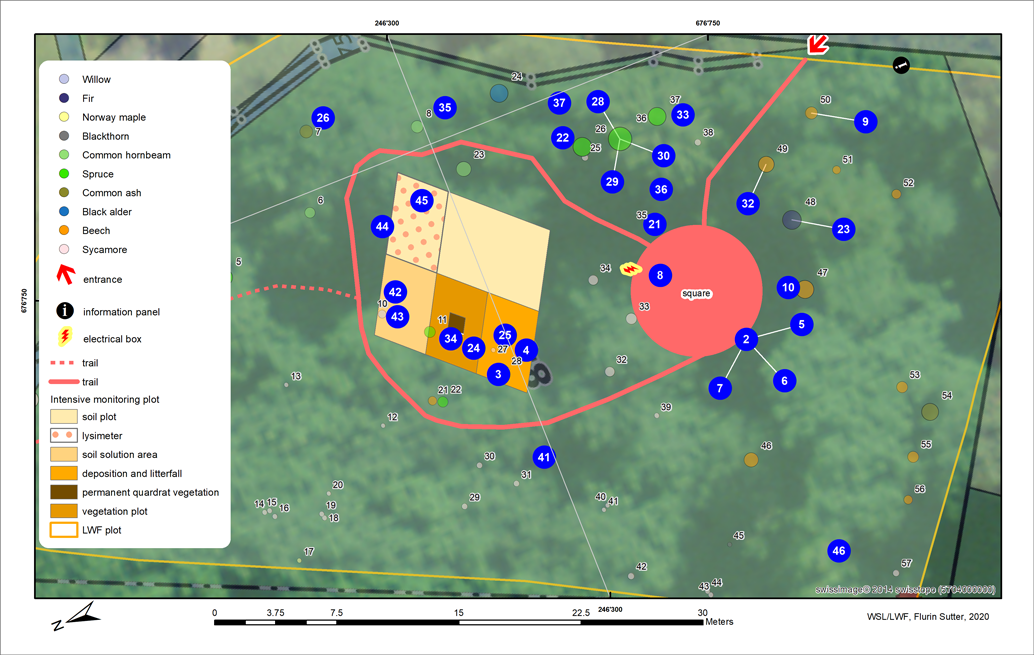 Insect traps are used to survey populations of certain insect species or species communities. At WSL, we use such traps to study insect biodiversity in numerous projects to monitor both seasonal dynamics and the long-term development of insect fauna. This allows us, for example, to investigate the impact of climatic conditions or of reforestation after disturbances.

Flying insects can be caught with yellow combination traps (fig. 1). The yellow colour attracts in particular flower-visiting insects (pollinators). The insects collide in the Plexiglas pane and fall into the water, where they can be collected later on.

The pitfall traps mainly capture flightless insects and spiders that dwell on the soil surface (fig. 2).