At the beginning of this century, numerous pines in the Rhone Valley, one of the driest inner alpine valleys of the European Alps, situated between Brig and Sion (Canton Valais), started showing symptoms of drought; several older trees having already died. With a view to uncovering the causes of these pines dying, the Swiss Federal Institute for Forest, Snow and Landscape Research (WSL) launched a long-term irrigation experiment in summer 2003 in the Nature Park of Pfyn-Finges. Since then, the WSL has been comparing the growth of several hundred pines in irrigated forest plots with trees that only receive the natural amount of precipitation.

For a better understanding of the medium-to long-term effects of drought periods on forests, results from experiments in dry areas with an extended series of in situ measurements are required.

As the largest contiguous pine forest in Switzerland, the Pfyn forest in Canton Valais (46° 18' N, 7° 36' E, 615 m ASL) offers the best conditions for such measurements.  In light of this, a WSL research team installed a long-term experiment of 20 years duration in the Pfyn forest.  The average temperature here is 9.2°C, the yearly accumulated precipitation is 657 mm (average 1961-1990). The pines in the middle of the forest are about 100 years old and 10.8 m high. The test area has 876 trees covering 1.2 ha divided into 8 plots of 1'000 m2 each (Image 4). Between the months of April and October four of these plots are irrigated by a sprinkler system providing an additional 700 mm of water, annually. In the other four plots, the trees grow under natural, hence relatively dry conditions.

Almost immediately after the start of the measurements in 2003, there was a considerable increase in the production of mycorrhiza fruit bodies in the irrigated subplots (Hutter et al. in prep.). One year later, from 2004 onwards, the pines started forming wider annual rings and longer needles.  Subsequently, the vertical shoots and branch shoots also showed an increase in length and the stand density grew too. Furthermore, irrigation boosted root growth and led to an increased biomass as of summer 2006, especially in the fine roots (Brunner et al. 2009). The growth period of irrigated trees was extended by 2 -5 weeks (Image 3) (Eilmann et al. 2010).

In Switzerland, the temperature increase from the end of the 20th century to the beginning of the 21st was more than double the global average. Climate models suggest that the 21st century will see a further rise in temperatures. In conjunction with the heat-related increase in evaporation and more frequent heat waves, it is safe to assume that the water supply available to trees is steadily deteriorating and that heavy rainfall is to be increasingly expected in the summer months. This rainfall will increase surface water runoff and will not seep into the soil, meaning that plants will increasingly suffer from stress caused by drought. Consequently, the vitality and growth of the pines will fall. In the long term, drought may lead to an increasing number of tree deaths and cause vegetation areas to shift. This is particularly true for the forest ecosystem of inner-alpine dry valleys such as those in Valais (Rigling et al. 2013).

We appreciate the long standing support received from HYDRO Exploitation SA in Sion.

In this project, adaptive and stress responses to drought stress and varying nutrient availability are being analyzed at tissue, cell and subcellular level in foliage of Scots pine and downy oak.

In the CaNuPine project, we study the effects of drought and nutrient availability on the carbon dynamics within Pine (Pinus sylvestris) trees. This will contribute to the controversial debate whether drought may or may not cause acute growth decline and mortality via carbon starvation.

In our research project 'trees: Rendering Ecophysiological Processes Audible', we are working on the acoustic recording, analysis and representation of ecophysiological processes in plants and studying the acoustic and aesthetic requirements for making them perceptible.

In Valais, Scots pine (Pinus sylvestris) and pubescent oak (Quercus pubescent) grow at least temporally at the edge of their physiological capabilites. We investigate the (potential) adaptation of these and co-occurring tree species to climate change and search for limits they might reach with increasing temperatures and droughts.

For an adequate citation of Pfyn forest studies and data, please include the following citation in your paragraph about "Methods" or "Acknowledgements":

The analysis was based on data from the long-term irrigation experiment Pfyn forest, which is part of Swiss Long-term Forest Ecosystem Research Program LWF (www.lwf.ch). We would like to extend special thanks to X, who put the Z-data at our disposal.

VPD (Vapor Pressure Deficit) is one of the main forces governing plant transpiration. Prof. Charlotte Grossiord and her team try to disentangling the effects of VPD from those of other factors such as heat and drought. 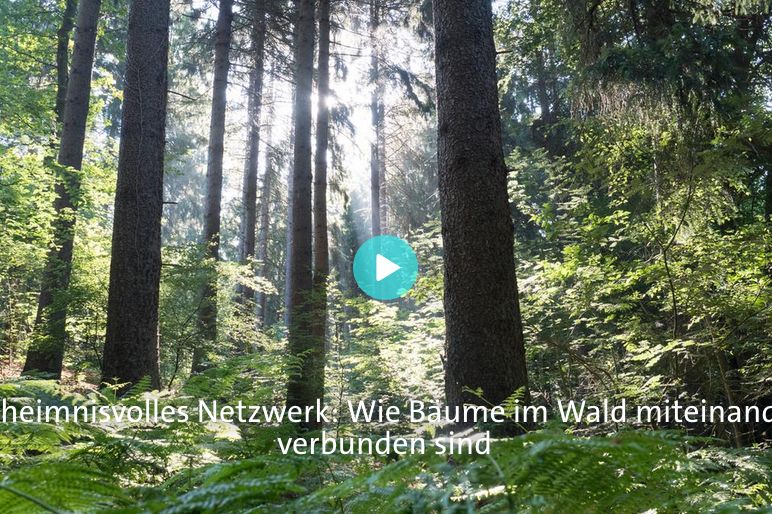 Mysterious network: How trees are connected in the forest

Kaisa Rissanen's video shows a day in life of a forest scientist: studying the effects of drought and irrigation on Scots pine resin dynamics and the emissions of volatile organic compounds (VOCs) from the pine stems.

As a tree physiologist at WSL, Leonie Schönbeck researches how trees take up and store energy, and how they use their reserves to recover from drought.

member of directors board, head of research unit